Two of the faults that people call me out on all the time is the fact that I overthink and that I can be too quiet sometimes. They tell me that I should talk more and not worry about how I come across to others.

But want to know why I’m so paranoid about the things I say?

I wish I was one of those people who say clever things all the time. Every word that comes out of their mouth is either witty or full of humor. They are the eloquent speakers who never need to write or practice beforehand because everything that comes out of their mouth is golden. You know who these people are and you know who you are. It’s a gift.

Instead I am someone who says awkward and stupid things if I don’t think carefully before I speak. I don’t know why it happens. I mean believe me, I really hate all the word vomit that just pours out. I say things that make no sense. I say things that could make people uncomfortable. I say unnecessary information. I sometimes hurt people.

When moments like these happen, I call them SOAP moments. SOAP moments refer to a time back when I was 18 and working a summer job. There was a guy working with me that I was trying to impress and one day we were all sitting around talking. And I was thinking too hard to try to say something clever. And then for whatever reason, the first thing to blurt out of my mouth was about how in Fight Club, they make soap using fat from liposuction clinics.

Why on earth, I thought this was a brilliant thing to say, I don’t know. I just remember the conversation coming to a halt and the guy looking at me like I had suddenly grown two heads. And it felt all kinds of awkward and horrible. Since then, any moment when I say something stupid is referred to a SOAP moment.

This is akin to my Dale Jr. incident about telling him he was better looking in person than on TV. I SAY STUPID THINGS WHEN I DON’T THINK.

I know some folks can brush it off immediately and don’t care. But for me, I hate it when I do. I hate the awkwardness I feel creeping on me. I hate the looks I get when people are tired of me yammering away and I can’t seem to stop. I hate feeling judged for saying the wrong things. I hate when I hurt people accidentally by saying something hurtful unintentionally.

The worst is when my intentions are trying to honestly be helpful or sympathetic and instead I make myself come across as uncaring or spiteful to someone who I care very much about. It’s funny when someone does this to me, I feel like it’s my fault. When I do this to someone else, it still feels like it’s my fault. CAN. NOT. WIN.

And because I would like to avoid all these situations, this is why I overthink and stay relatively quiet. Better to not say anything than speak without thinking and sound stupid or hurt everyone. So now you know! 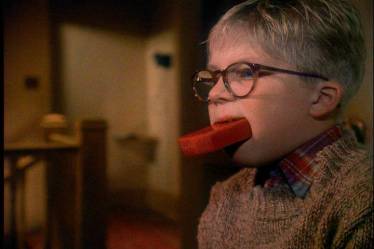