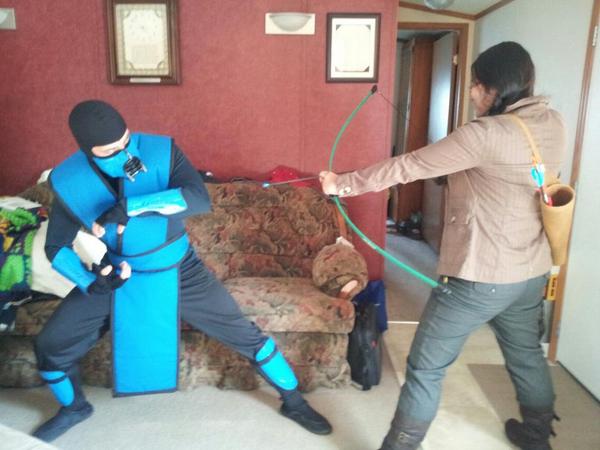 Unless you live under a rock or just frankly don’t care, there’s a movie that comes out today that is insanely popular. The second movie in The Hunger Games series, Catching Fire has arrived. I, personally, will be seeing it very soon. And yes, I HAVE read the books.

I actually didn’t become a fan of the books until after Catching Fire came out. I wasn’t into dystopian stories at the time and I will admit that the book probably flew under my radar because of the cover. Yes, I totally did judge a book by its cover but in my defense, again I wasn’t reading the genre nor does the cover of the book tell you anything about the story. But thanks to book bloggers who had been talking the book up a storm, I finally gave in and loved it. The first person narrative totally had me wrapped in the storyline.

Why do I like these stories so much? Maybe there have been other strong young female heroines before her, but I really loved Katniss. The way Suzanne Collins wrote her made me connect with her right from the start. She’s strong and independent but not so much that she rejects help all together. It was very easy in the beginning to compare these books to the Twilight series, especially with the love triangle thing going. I personally find these books to be so on the complete opposite side of spectrum. Katniss > Bella like whoa. Also after this series came out, there were so many copycats, some good, some bad, but this one is still tops.

Are the books violent? Sure, I guess. *shrugs* I personally don’t find them extremely violent. Same goes with the movies. I don’t know what that says about me. But I don’t find them disturbing. And had I read these when I was a teenager, I doubt I would have been horrified by what I read.

Jennifer Lawrence has done a wonderful job at bringing Katniss to life in the movies. I really love her performance (well I love her in general) and even though she wasn’t originally my first pick, she’s been magnificent. In case anyone is wondering my original choices for the trio was Hailee Steinfeld as Katniss, Hunter Parrish as Peeta and Josh Hutcherson as Gale (is it bad that I had thought he was taller than what he really is?). I can’t say yet if Catching Fire will be as good as the book, but the first movie was one of the more faithful movie adaptations that I’ve seen though I wasn’t a big fan of the changes in the muttation scene. So I’m looking forward to seeing it and the goal is to see it in IMAX because a lot of scenes were shot with IMAX cameras. And we all SHOULD know that seeing a movie shot with IMAX characters in an actual IMAX theater is the best way to see a movie.

And in case you’re wondering about the picture in this post? Yes that’s me cosplaying as Katniss. Last year I went to Dragon Con and I wanted to cosplay. As it was my first con and I didn’t want to go all out, I was having trouble coming up with a character until it was finally suggested that I go as Katniss. And I did. It’s not entirely authentic (there are some excellent and authentic Katniss’s out there) but I felt I did a pretty good job. I ordered a bow (which I later spray painted black to give it a more camouflage feel), arrows, quiver, shooting gloves (which I wore incorrectly in this pic so you can’t see it), and a Mockingjay pin. I bought boots that looked somewhat like Katniss’s, borrowed the jacket from a friend, dressed somewhat similar to the opening woods scene, and then did my hair in a braid as best as I could. Obviously as I am Asian, wore glasses, and had braces at the time, I’m not entirely authentic but you know what? I had a ton of fun. Many people knew who I was, called me Katniss, and wanted to take my picture. And there were a lot of young girls who were big fans of my costume. To this day, I loved that costume and among my friends, I may refer to myself as Katniss in third person (you’re judging, I know it).

Oh and for the record, I don’t actually know how to use the bow and arrows. One day, hopefully. As promised.

If you haven’t already seen it by the time you read this post, to get you in the mood for Catching Fire is a wonderful parody:

May the odds be ever in your favor.