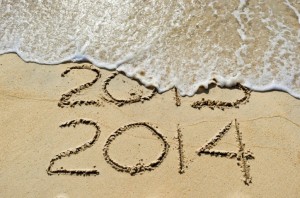 2013, despite everything else that was going on in my life, was a very geeky year for me. While I didn’t get to go to any cons this year (mainly due to not having a job), I still got to experience a ton of geeky things that I thoroughly enjoyed.

One of my New Year’s Resolutions was to read 200 books in 2013. Now to most of you, that sounds like A LOT of books. But if you used to read my old blog, then you’d think 200 is a small number for me. I mean, I used to crank out 400-500 books a year, and one year I read 624 books. Then life got in the way, and my reading decreased dramatically. I think in 2012 I read maybe 50 books? So I knew for 2013, that I wanted to get back to reading and I set a goal. There were A LOT of times throughout the year that I thought I wasn’t going to make it. But I also realized that without the pressure of book blogging and review deadlines, reading became pleasurable again. And it was just nice to read stories and information for fun. My final numbers for 2013 were 217 books. I will admit that I reread the entire Harry Potter series and the Alice McKinley series but you know a book is a book. My goal for 2014 is 225 books .We’ll see what happens. Oh and don’t ask me what my favorite book was. Unless you have more than a few minutes.

I found new favorite TV shows this year. And I’m sure by now you’re tired of hearing me talk about them. But I’m going to. AGAIN. That’s right. 2013 was the year of Deborah discovers Doctor Who and Breaking Bad. I binged watch BB like WHOA. So good. When I finally caught up with the live episodes, it was torture seeing them and not knowing what was going to happen. There were many times I screamed at the TV.

And now everyone knows that I’m a Whovian. Yes, I started watching Doctor Who because it seemed like the thing to do only to find myself slightly obsessed. So. Many. Feels. I really love this show. It’s so British and geeky and meta. And so many other things. I binged watched throughout the year so that I could catch up in time to watch the 50th Anniversary special with everyone else. That’s A LOT of episodes mind you. And along the way, I also learned a lot of about the history of the show and the impact it’s had on pop and geek culture. It got to the point that I became a bigger fan than all my other friends who had tried to get me into the show previously. I will say though, I wasn’t a big fan of the Christmas episode. The 50th anniversary special was SO awesome. The Christmas one bored me. But that’s ok. We’ll just see what next year brings when we get to see what Peter Capaldi will bring to the table. Also my friends and family have realized that I love the show so much that I received quite a number of Doctor Who Items for Christmas including TARDIS knee socks, TARDIS fleece blanket, and a TARDIS journal. When I find a new geek fandom, I tend to become quite easy to shop for during holidays and birthdays.

If you know me very well then you know I love movies and seeing them in the theater is quite awesome. In 2012, one of my best friends and I were always going to see movies. It became our thing Plus I did this thing where I saw The Avengers six times in the theater *cough*. In 2013, we still did that, but not as much. However I did get to see some awesome movies this year. Everything from sequels such as The Hobbit: The Desolation of Smaug, Catching Fire, Loki 2 (I mean Thor 2) and Star Trek 2 to extremely funny comedies like The World’s End and This is the End to just awesomesauce like Gravity and Frozen. 2013 wasn’t the best year for movies IMHO but it was still a pretty good year. I have a feeling my movie going will cut back a little but I’m still looking forward to seeing my upcoming favorites on the big screen.

Tabletop gaming became a THING as game nights became popular among my group of friends. I will just say that expansion packs are like the gifts that just keep giving.

And finally, the geekiest thing I probably did all year was become all Nick Fury like and assemble an Avengers worthy team to participate in a geek trivia contest sponsored by ThinkGeek. I rounded up seven of my best geekiest friends and we became “The Darkest Timeline” and our evil selves took over (kudos if you know the reference). We trained in advance and realized that between the eight of us, our skills and knowledge were vast in all forms of geekness.

When we got there, we donned our beards and soon became immersed in a very intense and fast paced contest testing our geeky limits. We actually did quite well answering the most obscure of questions of geek trivia. There was even a bacon eating contest where contestants from each team had to eat what was a pound of bacon when uncooked the fastest. And this guy, became our hero, when he won. It was our team’s shining moment as we got a huge amount of bonus points for that round. When the final round came up, we were in second place. It was a Final Jeopardy question. The topic was literature. I got sent up because I read the most, though I argued this fact that as this was a geek trivia night, sci fi/fantasy would be more prevalent and we should send up Bacon Master instead. No one listened to me and so I was sent up on stage and risked away all our points. The question ended up being “What two authors wrote Good Omens?” Heck if I know??? And I see Bacon Master slump his head as he DID know the answer. I randomly picked two authors in the genre, Terry Brooks and RA Salvatore while every other person on stage knew it was Neil Gaiman and Terry Pratchett. I still get teased about it to this day.

But it was ok. Because we still had a blast. And it was the geekiest thing any of us had ever done and everyone loved us and our beards. And we even returned months later for our revenge though sadly the same thing happened again when we lost it in the final round again. But still, it’s one of my most favorite times of 2013 as several of my closest friends and I were able to be our true selves for a few hours and have a blast doing it. We were loved so much that ThinkGeek made us their cover image for the next event.

The Darkest Timeline posting with Steve and Timmy the ThinkGeek Monkey of Think Geek. We made Timmy a tiny beard during the next trivia night as well as one for OUR mascot, Tommy (Timmy’s Evil Twin)

And yes, in this group, I’m the only girl who is a geek.

So that’s just some highlights of my geeky year of 2013. Oh! I didn’t even mention I got to see and meet Chris Hardwick aka Nerdist or host of Talking Dead, in person! I would say it was a pretty nerdy year. I hope that this year continues to be so. At the very least I’ll make it as geeky as I want it to be. Maybe I’ll finally get to learn how to REALLY be Katniss this year! (Subtlety should be on my New Years Resolution list…but it’s not. Not this year.)