I’ve gone to the theater a lot less this year than previous years (for a number of reasons) but there are still a few movies that I’m planning on going to the theaters to see. Even if it means going by myself for these are such that they MUST be experienced at least the first time in the theater vs at home on my laptop.

So just in case you were wondering “What movies Deborah is looking forward to seeing in theaters the rest of the year?”

Guardians of the Galaxy (August 1)

I know nothing about this comic but it’s ok because no one else does! But that doesn’t really matter because the trailer just looks like so much FUN. Also I’m going to see every movie in the Marvel Cinematic Universe anyways. And when did Chris Pratt get so hot?

It’s a Christopher Nolan movie. It’s sci fi. It has scenes filmed IN IMAX. Of course I’m going to see this.

I’m not too pleased with the fact that they are splitting up this book (it wasn’t THAT long) but I’m not missing this especially since it’s Phillip Seymour Hoffman’s last movie. 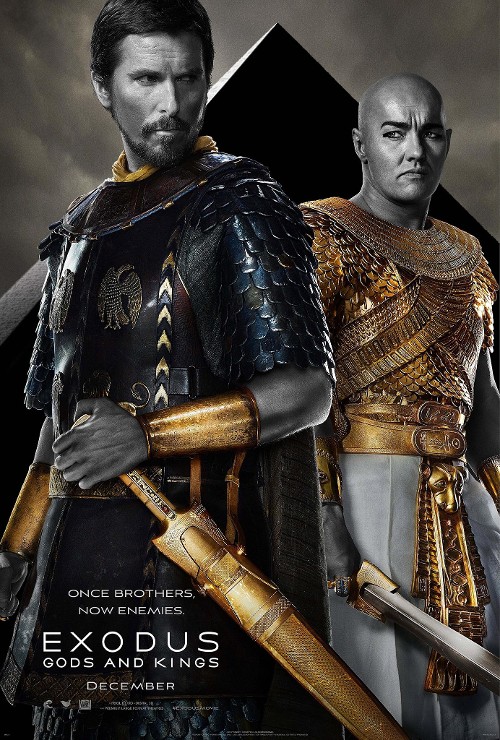 I missed Noah in theaters but Bible movies are making a comeback! And it’s Ridley Scott and Christian Bale! Though who knew that Moses visited stores like “The Art of Shaving” back in those days with that neatly trimmed facial hair.

No poster or trailer out yet.

I actually don’t remember what happened in the last third of the book but it’s ok because anything I read is going to be a lot less interesting that what’s actually going to be in the movie. But still excited!

And that’s 2014. I realize these are all slanted in the action/adventure, bookish, fantasyish, geekish genres but then again those are my favorite genres. There’s a huge gap between Guardians and Interstellar because no movies during those three months look interesting to me at all. Any of these you’re also excited for?