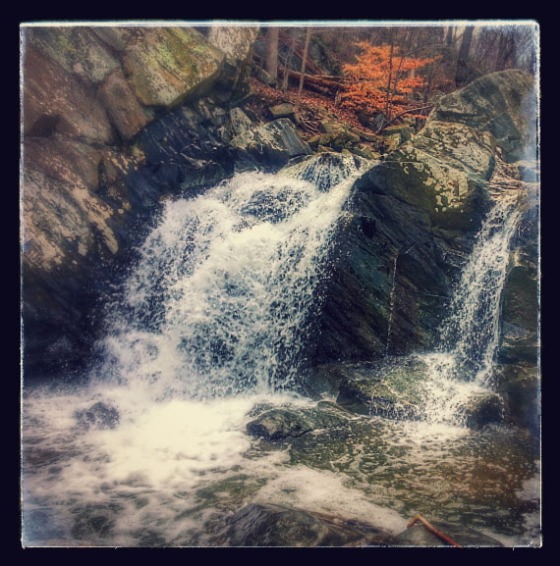 It’s halfway through April and I’ve still yet to find what my personal theme for this year is going to be. I’m not too worried because I’m sure when I figure out, it’ll make complete sense. That being said, I’m still feeling that the year of “The Impossible Girl” is still lingering over me.

One of the things I’ve been asking God to be more of this year is to be more clear to me. When things get murky and not so clear, I tend to get confused and then I wallow in it for a long time. I’ll get stuck trying to figure out details and I just don’t move on. It’s a very horrible feeling and it constantly makes me feel like I’m not trusting God enough because it’s my fault and that I’m doing something wrong.

But weirdly enough this year, I feel like God’s been making things pretty clear in my life almost to the point of bluntness but with a much kinder approach. It’s been kind of cool though. Doors are either closing for good or they’re not even opening at all. This is somewhat nice because it means I can instead focus on other things instead of just standing wondering if I should keep trying to work on that door.

I’ve never been a big fan of people telling me that when God closes a door he opens a window. Because this line from “29/31” by Garfunkel and Oates sums it up perfectly: “You realize that’s a smaller opening, right? You used to be able to walk out the front door and now you have to climb out some slightly ajar window somewhere, possibly falling five stories to your death. That is NOT an upgrade.”

But at the same time, I feel like the doors that have been closing in my life were pretty big things in my past that I needed to let go. These were circumstances where I wasn’t trusting God and was taking them by my own hands and sometimes they ended up working positive and sometimes they didn’t. Either way, in the past month I’ve been seeing them shut one by one, some by my choice, others have definitely caught me off guard at the sudden closure. It’s definitely showing me that I’m not the one in control here. It’s kind of a bittersweet feeling and yet….

Does it mean God’s closing the doors just to close them? Is He shutting all of them down because I need to move away from what I once held important in the past?  Or does it mean it’s because He has something planned even better for me? He could be doing either. Again the moral of this story is, gah. I just have to trust Him. You think by now I’d be used to this plan/idea but like I said we all know I’m a late bloomer.

I’m also trying to become more assertive in what I want. Instead of just passively waiting, I’m more actively waiting. This means praying first and seeing if this is something I feel God wants for me and then instead of just waiting for things to magically happen, I go for it. If it doesn’t work, it doesn’t. I don’t have to sit around getting emotionally invested wondering what might have been.

I’ll just say right now there’s a small situation in my life that seems SUPER CRAZY INSANE impossible. Almost to the point of I FEEL REALLY STUPID EVEN THINKING ABOUT IT AND HOW I AM VERY SUBTLY MENTIONING IT ON HERE. I’m not going to explain it because really it’s THE MOST ABSURD THING EVER AND THIS MAY BE THE ONLY TIME I EVER TALK ABOUT IT. And yet….I know fully well that God can make the impossible happen. All I can do right is pray that He continues to show me what He wants and to put what He desires into my heart as well. And if it’s not meant to be that He makes it super clear so that I know.

Things may not turn out like I wanted or planned (though it still could) but I know that my God will always come through. Always.