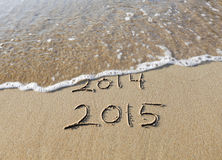 We all know I’m a slow learner. I learn things well. It just takes me a while to realize it. I learned a lot of lessons this year. While a lot of you may have known this from the day you entered this world, for me 2014 was the year I finally understood what this all meant.

Almost all of us want to feel affirmation, confirmation, validation that we’ve done something important. Usually what happens is that we want certain people to give that to us. And usually that person just won’t do it. Sometimes they purposely aren’t going to give it. But really most of the time they have no idea that we even want their attention. You will pretty much kill yourself trying to get their approval. The thing is that even when they do, it’s fleeting and it doesn’t last. You want it again and again. Guess what? It’s impossible to keep that momentum going. Stop looking to other people to validate yourself. Having all the likes and toasts and favorites isn’t going to make someone love you more. You will never be good enough for someone else if you don’t love yourself first.

I spent a good portion of the first half of 2014 very angry at someone in my life. I was furious with how they had treated me and how it wasn’t fair that they just walking around like everything was ok but it really wasn’t. Because what they had done (or hadn’t done) hurt me very much. I wanted to erase them out of my life but because of my anger to them it seemed impossible. Then I finally realized that I HAD to forgive them or else this was going to haunt me the rest of the year. It took a while and a LOT of prayer but finally I was able to forgive them. Guess what? The anger disappeared and they did seem to fade out of my life. Now at the end of the year, I look back and it’s amazing the viewpoint of which I hold them now vs. then is a complete 180. This is not to say that they were not wrong for what they did. But because I forgave them, it’s better for everyone. Even if they never realize or own up to their own actions.

I had a long talk with a friend over the summer. And words were said that hurt me VERY much because they were words that I had always suspected about myself but didn’t really want to hear. And it was painful to hear those words said from someone I trusted. But the thing about hearing that was it was what I needed to move on in that certain situation. Sometimes in order to be a good friend, if you know what is truly best for someone you care about, you have to be truthful. Don’t lie, don’t sugarcoat, don’t delay it. You can be blunt without being cruel. Because sometimes that person just needs to hear it and then everyone can move on from there.

I know. You’re thinking, “you seriously just found that out this year?” Hey, I just said I didn’t want to be like everyone else. It’s taken me a while to find out who I am. And sometimes I feel VERY different from everyone: how I look, how I act, how I think, what I do, what I like. It makes me feel like I’m doing something wrong and hence why I feel like I need validation a lot of time. But really, just because I do things differently from the people I am around a lot DOES NOT make me a weird (in a bad way) person that shouldn’t exist. Different is good. You don’t want to be just like everyone else all the time. Rejoice in not being basic! And if people don’t like you for that very reason? That’s on them. NOT you.

Sure, there are times when it really is your fault and you really are to be blamed for something. But truthfully, 99% of the time, you KNOW this already. If you honestly can’t figure out what you’ve done wrong to offend someone, make them stop talking to you, make them mad at you, etc. and they aren’t telling you, then guess what. It’s something with them, not you. It sucks because it’s again usually someone you care about a lot, whose view of you means a great deal to you. But if they don’t have the courage to confront you on what you did and instead give you the silent treatment and ignore you? Forget them. Don’t sit around wondering about what’s wrong with you. Either you’ll realize it eventually or there never was anything you could have done anyways.

2014 was the year I was The Impossible Girl. Despite not knowing at all what this year would bring and knowing that I would be trusting God completely with everything, there was still some things that I wanted to happen this year. I saw it as pretty damn near impossible for them to actually happen. It would have required a lot of work from God and none from me.

Instead something else happened. Something that I also thought would be impossible.

I’ve seen God work in my life in so many ways. In the beginning of the year, I had a job that I was told would last me at least 2 years. Instead it ended up lasting only 4 months. Thus I became unemployed again for the second time in less than a year. Definitely not fun at all. There was a lot of having to trust God this past year. It started getting to the point where I literally began to worry that I wouldn’t be able to even live up here anymore.

There were a lot of times when I kept questioning God this year. Why did He keep blessing other people and I was left sitting here? Why were other people’s prayers getting answered and I’m left wondering what I’ve done to displease Him so much? Why was He giving people things that they didn’t even really want or giving others EXACTLY what they wanted and I’m praying every day for things to happen and they aren’t? Why do I have these desires in my heart if He possibly doesn’t want me to have them?

But then something awesome happened over the summer. I thought it was going to be the worst summer ever because I was unemployed, had no money to spend and I’d be at home all the time with nothing to do. Instead, I kept winning everything under the sun. I’m sure people got sick and tired and annoyed every time I posted that I won something. But to me, it was like God saying, Let me show you how much I love you. BOOM BOOM BOOM. Every week it was something different. Heck even sometimes several times a week. Once, it was several times a DAY.

It didn’t stop. Just when I was giving up all hope of a job ever coming, I randomly got two interviews within a span of a week to places I had long since given up hope but where I REALLY wanted to work. The funny part about the two jobs? Several years ago I had interviewed for both these positions and was turned down. It was like reliving my life all over again. It was like God saying to me, You thought you wanted this back then and it was only half as good as what it is now. Let me show you something that’s even better than what you thought you wanted. And I got the job from the place I really wanted and it’s been beyond excellent. Better than I could have ever imagined.

My other prayer? Well I think for right now God wants me to just keep waiting on Him. It’ll be ok. I’ve been through a lot this year and after letting things go and closing doors, I can finally move forward. So yeah, sometimes you think you want something and it seems like it’s meant to be. And maybe if the timelines were different, yeah it would have worked out and been perfect. But maybe it’s not the right time now or maybe it isn’t ever going to happen. Whatever it is, I know that God’s got it all figured out and I really should just let him handle it.

I don’t know what is going to happen this upcoming year. This is the first time in years that I have nothing holding me back. And it’s scary. But I’m going to embrace the unknown and I look forward to it. I don’t know what kind of girl I’ll be next year but I’ll figure it out soon enough.